Are VR meetings the way of the future?

The Metaverse and virtual reality (VR) have captured a fair share of headlines lately. But recently, I’ve heard some rumblings around VR and its workplace applications. Could it really be a game changer in the office? Let’s find out!

Can You Take Work Into VR?

I’ve had my Oculus Quest 2 for a couple years and have had a lot of fun with it. The headset supports a wide range of VR games, fitness apps, and even streaming video services. But is entertainment use all that it offers?

Sure, Mark Zuckerberg has been touting the different meeting capabilities of the Metaverse, but is it realistic to jump into VR to collaborate? Is it easier to just hop on a Zoom call? What are the pros and cons?

What is a VR Meeting?

I decided to put VR to the test. Using the Horizon Workrooms VR beta app, I set up a call with two of BrainDo’s project managers – Ben and Jason – to discuss having meetings in VR. Brandon, our paid media strategist, also joined in on our lively conversation.

Here is a short clip from our meeting. The screen share feature uses your desktop audio, so you can hear some of the ambient music from YouTube playing in the background.

Although the format itself was fun, the meeting did come with a couple limitations. Only a few team members had headsets, so individual experiences weren’t quite uniform. And with two project managers in the room, the discussion itself focused more on internal matters (like a company retreat) than client work.

Toward the end of our experiment, we sent out a few emails to test out PC integration in Workrooms. This feature allows you to pull your up PC and use your computer inside the virtual room. With some specific keyboards, you can even have an overlay; otherwise, you can set a desk area that you can “see” through. The Pros and Cons of VR in the Workplace

We discussed the VR meeting as group and noted the following benefits and drawbacks of using Workrooms:

Is Virtual Reality the Future of Remote Work?

After experimenting with the Workrooms Beta app, I would definitely use this technology to spend some time in the virtual world with my coworkers. The features allow enough capability to discuss deliverables or decks, and even present them.

While there are more features we’d like to see added, I think we may soon see companies using the virtual world to bridge the gap between in-person and remote work.

Here’s the trailer for the Horizon Workrooms app, currently in beta testing: 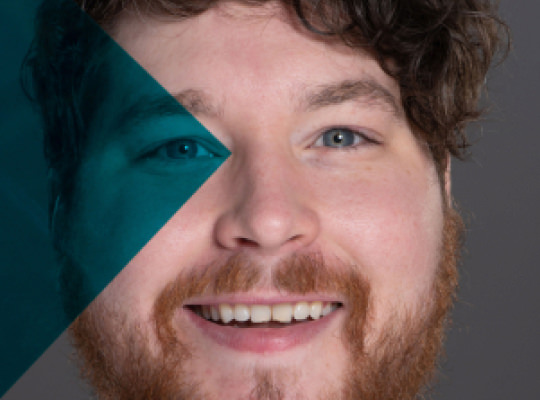